How life has changed from 1996 to 2017, how do you think mobile technology will change the way we look at social media 2030?

This video is showing how mobile technology has changed are life and social media. Do you think it will continue to change over time, and if so how?

As videos are increasingly becoming popular on social media sites, more mobile technology will be required. As this popularity started in late 2016, Snapchat, Instagram and Facebook has started a feature where you can broadcast live videos, or stories. The camera is an importance to these social media sites, and we will most likely see them evolve (Kulkarni, 2017). The following link provided is an article that explains the 11 ways social media will evolve: https://www.entrepreneur.com/article/293454

Below is an infographic from total costumer that nicely explains the evolution of social media since the beginning, to the present day, and what it is predicted to look like in the near future. This helps us to see how we are evolving ever so rapidly in the online world and can help us make future predictions based from where we started to where are future in social media and mobile tech will be (Highfield, 2014).

The video games in the past was so simple and in black and white colours .The games are starting to move from their black and white looks to add colors and then the models and then reached the stage of the 3d and 4d  where the phone can be connected to a device that enables you to live the adventure or the game and to feel that you live in Inside the game. So, after a years the revolution will keep moving to make the world of video games more realistic.

In a post by Jay Shemenski, he explains how visual content rules social media and mobile technology, “the amount of visual content shared daily has grown to 3 billion images and 10 billion videos between Snapchat, Facebook, Facebook Messenger, Instagram and WhatsApp-all but one of which are owned by Facebook. Video is further projected to account for 75% of mobile traffic by 2020” (Shemenski, 2016). He also explained that as this kind of pattern continues, the visual apps like Snapchat and Facebook will gain more attention and the visual content of these apps will become much more significant across social channels (Shemenski, 2016). See below the graph that Jay provides on how this is comparable to years before and just think about how this will be even higher when we reach the future of 2030.

Mobile devices allows users to be more engaged in social life, especially after the incorporation of multi social media content as suggested by AJ Agrawal. Users are able to share their photos in Facebook and Instagram instantaneously. This is not only a great tool to get the attention for a specific topic. But, an enjoyment source too.

How Mobile Technology Impact on Labs in the School?

Mobile devices helped student to search for scientific dictionaries, and access knowledge with few finger tips. It is fascinating how the students can search for  any topic that they are not very aware of to gain more instant information.

Are Mobile Phones Beneficial in the Classroom?

As this may be a very controversial topic, many researches have discussed the benefits of having mobile technology in the classroom. In an article, it states that having mobile technology makes it easier for both the teacher and the students as well as the families because of the connection from uploading marks, comments and much more. In addition, Russell also quotes the teacher on their perspective stating: “Each of his students [primarily 9th and 10th graders] had a file in this program … this was helpful to Steven when conducting formal and informal parent-teacher conferences and also when discussing with other teachers and administration.”

For more information on this, please visit: https://www.teachermagazine.com.au/articles/mobile-phones-in-the-classroom-what-does-the-research-say

Leave your comments below:

As revealed by Terry Heick, it was suggested that

A futurist speaker named Thomas Frey, predicts that in the year 2030 colleges will collapse and be replaced with digital learning sources instead (Frey, 2013). He goes on to explain the key points to consider which consist of rising costs, demand for online courses, the seeds of discontent, shifting trends. With the rising costs, Frey states that student loans in the US exceed 1 trillion, with the average loan at $23,300 (Frey, 2013). The demand for online courses has increased substantially with just Apple iTunesU reaching a 1 billion course download (Frey, 2013). In the seeds of discontent, Thomas also reports that 48% out of 41.7 million college graduates are working jobs that don’t require a bachelor’s degree and 37,000 degree holders were reported to be working minimum wage jobs (Frey, 2013). Additionally with shifting trends in society, with Frey’s research he stated that “the year 2000 was a turning point where demand for cognitive tasks often associated with high educational skills began to decline” (Frey, 2013). He also lists 8 reasons why colleges will fail by 2030, you can read the full list here . 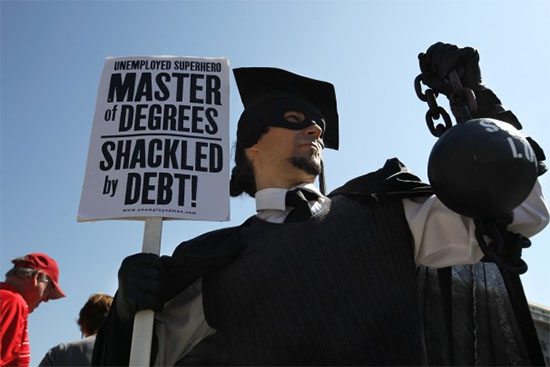 * People will not will not be finding relationships through face to face, rather through there new mobile technology and social media. (Kulkarni, 2017)

“Social platforms today have evolved into a broadcast tool both for companies and individuals,” says Lewis (Kulkarni, 2017). Mobile technology will change how we view these new social platforms.

Read this article and watch this video to find out more about how social media will evolve in the future.

Social media is evolving and so are cell phones. Nowadays, social media sites are very similar in terms of the types of posts individuals can share, and may include uploading “stories” that only lasts 24-hours, changing text fonts when sharing a post, and much more. Everywhere you go, you will likely see tags of social media. Whether you go to the gas station or grocery store, their advertisements encourages individuals to search them on social media sites, Facebook, Instagram, and Twitter, which are some of the common icons you will see (Asad, 2014).  As social media is evolving every year, then what will it look like in the year 2030? With the growth of popularity of multiple social media sites, Mark Zuckerberg, the co-founder of Facebook has shared his own predictions for how social media sites will look in 10 years. Please click the following link for the full article: https://venturebeat.com/2015/01/14/zuckerbergs-3-predictions-for-what-social-networks-will-look-like-in-10-years/. For one of his predictions, he mentioned that people will most likely message each other through photos or SMS than the old web interface (Ferenstein, 2015). Zuckerberg also stated some examples that is evident from the past couple of years including, WhatsApp, where people are able communicate through text messages no matter where you are in the world. An example of messaging through photos is Snapchat, where the use of this social media has expanded massively with a report of about 100 million users (Ferenstein, 2015).

Since mobile phones are a big role for social media sites, will it still have an affect in the future? Check the video out to learn the future of Snapchat.

The future of social media is taking off at faster rates than ever before. In a post on Kikolani, Zack Hanebrink made a post discussing the future of mobile networking (2010). He went on to explain that social media, social networks and blogs are ranked #4 in popularity of online activities (Hanebrink, 2010). It was also explained in the post that social media sites are becoming more targeted to each individuals interests and there is a blog or network that connects people to these interests (Hanebrink, 2010).

To further add, the use of social media on mobile devices is changing how social media is shaped and used. Below is a graph by Jay Shemenski in his post on The Future of Social Media is Mobile (2016). The graph shows how quickly messaging apps are growing and it it is said that 80% of people’s mobile use time is spent dominantly on apps like Facebook, Chrome & WhatsApp (para. 4).

With this being said, what do you think social media use in mobile technology will look like in 2030? With the numbers rising, it is even predicted by Facebook founder and CEO, Mark Zuckerberg, that Facebook will reach 5 billion users in the year 2030 (Shah, 2016).

The technology advancement is limitless. Mobiles will assist in a significant raise of positive psychology, self-assistance and personal development materials in social media as suggested by .

Leave your comments below

10 WAYS THE INTERNET HAS CHANGED OUR LIVES FOREVER. (2017, March 31). Retrieved from https://www.youtube.com/watch?v=P-ABeWFx5hI

What Schools Of The Future Could Be Like. (2015, July 02). Retrieved from https://www.youtube.com/watch?v=DftkLkQc_nI

J.(2017, March 14). Wearable Technology Could be the Future of Fashion. Retrieved  from https://www.youtube.com/watch?v=VTyzSaHOLDU&list=PL57quI9usf_u3tuAyEWXM00THkD7AcWap&index=25

Sessoms, D. (2013, September 23). Future of Education: Social Media and Technology in the Classroom. Retrieved from https://www.securedgenetworks.com/blog/Future-of-Education-Social-Media-and-Technology-in-the-Classroom

Asad, I. (n.d.). How Cell Phones have Changed Social Media. Retrieved from https://issaasad.org/cell-phones-changed-social-media/

Ferenstein, G. (2015, January 14). Zuckerberg’s 3 predictions for what social networks will look like in 10 years. Retrieved from https://venturebeat.com/2015/01/14/zuckerbergs-3-predictions-for-what-social-networks-will-look-like-in-10-years/

Russell, D. (2018, April 17). Mobile phones in the classroom – what does the research say? Retrieved from https://www.teachermagazine.com.au/articles/mobile-phones-in-the-classroom-what-does-the-research-say

The Future of Mobile Social Networking. (2013, April 17). Retrieved from https://kikolani.com/the-future-of-mobile-social-networking/